Trending
You are at:Home»News»Company News»NCL will install scrubbers on new builds.
0
SHARES
ShareTweet 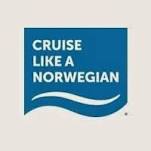 Norwegian Cruise Line announced today that its two new Breakaway Plus class ships will be the first new builds in the cruise industry to feature innovative scrubber technology developed by Green Tech Marine (GTM), a world leading marine scrubber supplier.
The two new vessels will be built by MEYER WERFT GMBH in Germany and delivered to the fleet in 2015 and 2017 respectively.
Green Tech Marine will provide five scrubbers per ship for the engines which range from 14.4 to 16.8 megawatts. This installation will be the largest scrubber plant in the world with a total engine power of 76.8 megawatts.
“Norwegian Cruise Line has a history of innovation along with a commitment to utilizing green technology whenever possible,” said Kevin Sheehan, Norwegian Cruise Line’s chief executive officer. “Installing scrubbers from Green Tech Marine on our new Breakaway Plus vessels is a smart decision and one that will ensure these ships are as eco-friendly as possible.”
The GTM-R scrubbers are compact, making it possible for the builds to avoid the loss of cabin space or other service areas. GTM uses one smaller scrubber for each engine instead of a large multi inlet scrubber serving several engines, and the scrubber also replaces the silencer, which is very suitable for cruise ships. The GTM-R scrubbers hold all necessary certificates to ensure these vessels are compliant with the 0.1% sulphur limit in Emission Control Areas (ECA) beginning in 2015.

GTM has previously delivered scrubbers to Norwegian’s Pride of America which sails year-round in Hawaii. The scrubbers were installed during the ship’s dry dock refurbishment in March and are scheduled to be fully operational later this year.

“We are thrilled to see a large ship owner such as Norwegian Cruise Line and a respected ship builder like MEYER WERFT being early adapters of green technology,” said President and CEO of GTM Peter Strandberg.